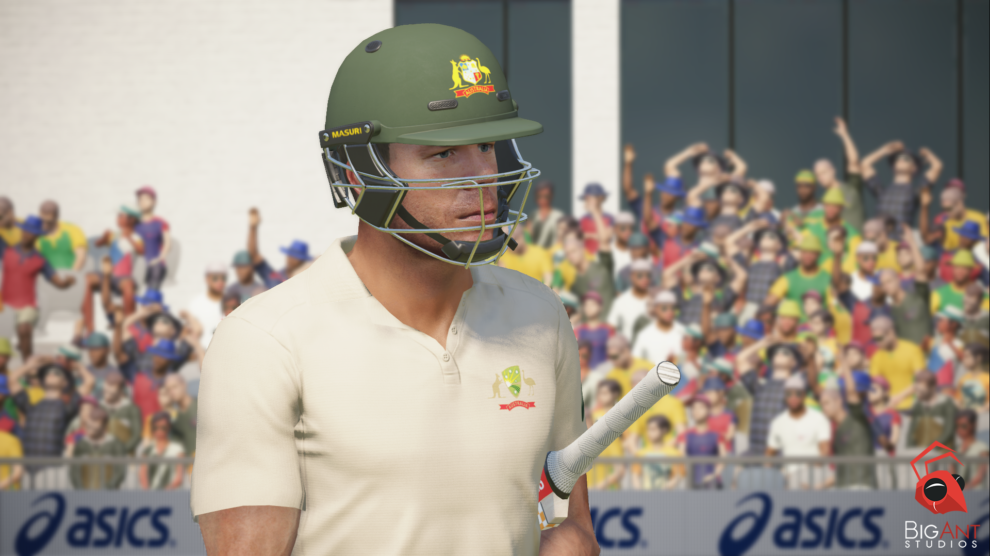 As the cricketing world awaits the start of the 2017 Ashes series between Australia and England, the gaming world is waiting for the release of Ashes Cricket, the latest cricketing game that will come out at the same time. Developed by Melbourne-based sports game studio Big Ant, working in collaboration with Cricket Australia, Ashes Cricket has promised to be the “most realistic and authentic recreation of the sport ever.” While that bar might have been low a few years ago, the popularity of Don Bradman Cricket has breathed new life into cricket gaming.

Unlike the Don Bradman series, however, Ashes Cricket will be the first licenced game, featuring real players and stadiums for the first time. While last year’s Big Bash 2016 game was fully licenced, it was only available on mobile devices. Ashes Cricket will be coming out on PCs and consoles. As well as the real stadiums the upcoming Ashes series will be held at, the new game will come complete with both real players from the men’s and women’s Australian and English cricket teams.

This year’s Ashes series promises to be a fascinating affair, and the game’s release should tap into the huge interest in both Australia and England. In what should be an evenly-matched series, punters looking for a decent wager to use their free bet on will find Joe Root’s men are priced at around 9/4 with SkyBet to defend the urn they reclaimed in 2015. Gamers will be able to replicate the action and compete in their own Ashes series, using real players, stadiums and game types.

The willingness of Cricket Australia to get involved in the game comes as the federation looks to reach those fans that also enjoy gaming, not to mention those gaming fans that might not have yet experienced cricket. The most recent licenced Ashes game came out in 2013, developed by Trickstar Games. You could be forgiven for missing it, though, as it was quickly taken off the shelves after receiving some horrendous reviews, both from the media and gamers.

Now in the hands of Big Ant – a company with a proven record in the genre – the Ashes licence is being revived at a time when cricket gaming’s popularity has increased. For all the criticisms that have come the way of the Don Bradman series, the game, as a whole, is the very best cricket game available on consoles at the moment. Now with a full licence behind it, Ashes Cricket could well eclipse its predecessor and bring in a new age of cricket gaming