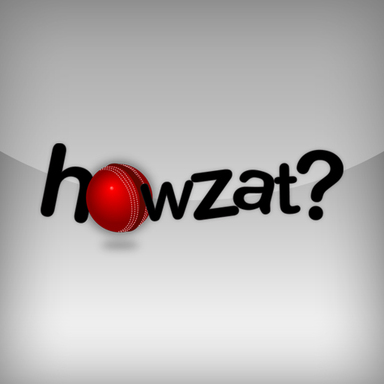 CricketGaming.net conducted an Interview with the CEO of GameVentures, the developer of HowZat Mr. Zaki Mahomed. He has answered all the questions regarding development and more improvements.

CricketGaming.net conducted an Interview with the CEO of GameVentures, the developer of HowZat Mr. Zaki Mahomed. He has answered all the questions regarding development and more improvements.

CricketGaming: What made Game Ventures to develop an online cricket game?

GameVentures: We’re huge believers in online casual games, with our experience running XuQa.com, a large social gaming portal popular in Turkey and the Near East. We started wondering why we don’t see any high production value sports titles out there, with that whole genre being so popular on the PC and console. We realized it’s because building multiplayer games with real action is really really hard, and most talented developers would rather be building “this Wars” and “that Ville” on Facebook. We’re not one to back off a challenge though. Being Pakistani, the first choice of game was obviously Cricket, another very underserved market.

CricketGaming: Why the name HowZat?

GameVentures: We’re very excited to have secured the domain, it’s a great fit for a cricket game as anyone who’s a fan would know. It’s the equivalent of owning goal.com for a football game, in our opinion!

CricketGaming: HowZat is one of those online browser cricket games which have made a thrilling start. What you would like to say?

GameVentures: We don’t have much to add here as it’s only been a couple of days since we’re available publically, except that we hope we raised the bar for not just cricket but all sports. I don’t think any sport has a multiplayer game online in flash, which is this complete. We’re massively proud of that fact.

CricketGaming: What optimizations we can expect later on in the game?

GameVentures: We’re aggressive about taking the experience to users with older PC’s and lesser Internet connections. From a pure numbers point of view, look for a game the size of roughly one mp3 song within the next month, without losing any functionality. We’re also optimizing the game itself to run smoother, based on user feedback.

CricketGaming: Will we be able to see more customizations in the game?

GameVentures: An emphathatic yes! Look for more stadiums, more customizable kits, better bowling options and more shots to play beyond the 19 odd we have right now. Also look out for leagues, tournaments, longer matches and more in the near term.

CricketGaming: When we can expect the desktop client of HowZat to be released for Dial-up or slow internet users so that they can also experience the thrill?

GameVentures: The advantage of a Flash application is that you can do a downloading version very quickly using Adobe Air. We’re working on this. We’re also working on a Facebook application, which will launch before Christmas.

CricketGaming: Will it be possible to make changes in the fields at some stage?

GameVentures: We’re actively thinking of introducing new fields, which you can unlock, based on your Points and Levels. Would be lovely to hear what users think of this feature?

CricketGaming: If you will be asked to compare the game with a good online browser cricket game. Which game you’ll compare with HowZat?

GameVentures: No one out there. The problem with the state of flash games today is that they generally treat users like morons who just want to push a key to test their reflexes. We’d love to compare ourselves to EA Cricket 97 – 2000. Those were the best PC games ever in our humble opinion, and we used them at every stage to maximize fun/megabyte in our game.

CricketGaming: Can we expect bigger prizes occasionally like iPods, mp3 players etc for the top most achievement?

GameVentures: Absolutely – this is near term. Look for giveaways in a few weeks. We gave away an iPod touch as well during the viral marketing campaign prior to launch.

CricketGaming: Though CricketGaming is the official promotion partner of HowZat but what you would like to say to the fans of cricket games and the members of CricketGaming?

GameVentures: We love working with you guys as you’re really the inspiration which allows us to build games which reach a much larger audience online. So your feedback is a lot more valuable than you might think – share generously!

CricketGaming: We all wish you good luck and hope that HowZat will be the game which will remain for years. 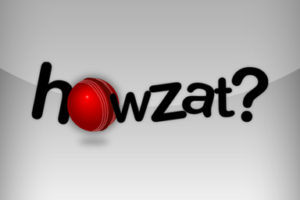 We are Gameplay – An Exclusive Interview with Kartik J