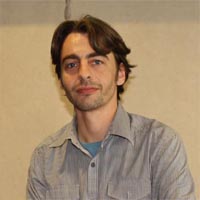 CricketGaming.net is bringing you an Exclusive Q&A with the lead Producer of Codemasters’ Ashes Cricket 2009,Jamie Firth.

CricketGaming.net: First of all we would like to ask you how excited you are about this game?

Jamie Firth: We are obviously very excited about Ashes Cricket 2009. It has been in development for two years now and we are extremely pleased with the result, we hope you will be too.

CricketGaming.net: Do you think that the change name change from Brian Lara International Cricket to Ashes Cricket will have any effect on how the game is viewed and ultimately how it will sell?

Jamie Firth: Brian Lara was a fantastic ambassador for the game and one of the best players to ever lift a bat, but he retired in 2007 so the time had come to move the franchise forward.

We now have the licenses for the ECB, Cricket Australia and the MCC, making this the official game of The Ashes. This may well help us to boost sales, particularly if England do well, but has also allowed us to dramatically increase the authenticity of the game as it now has official player names and likenesses, kit, stadia and imagery for both the Australian and English teams.

The fans that used to buy Brian Lara International Cricket will nearly all be aware of the change of name and I don’t think this will have any negative impact.

CricketGaming.net: What are the expected PC system requirements for Ashes Cricket 2009? Will they be high like BLIC 2007?

Jamie Firth:These are yet to be confirmed but the graphics will be scalable so that the game will work on most PCs.

CricketGaming.net: What are the main improvements you have made over BLIC 2007 in Ashes Cricket 2009?

Jamie Firth:Blimey, where do I start?

Graphical improvements aside, we paid a lot of attention to the feedback and reaction to BLIC 2007 and set about improving the main areas of concern such as the bowling mechanics and innings pacing. In Ashes Cricket 2009 the innings pacing is a much better reflection of cricket in the real world. In a test match the AI batsmen will bide their time, play cautiously and look to get their eye in before they start to play more expansive shots, while in a twenty over game they will go for the big hits early on. The introduction and popularity of twenty over cricket has been fantastic for the game as it allows you to have a very different gameplay experience to test and even ODI cricket.

Player confidence, pitch and ball wear will also have a profound effect upon how the game plays. To give an example, certain kinds of delivery will only be accessible by high rated bowlers once the ball condition has deteriorated to a certain level.

Basically put you can drill as deep down into the sport as you like. There is a lot more depth in there for the hardcore cricket fans such as customizable field settings, while maintaining that ‘pick up and play’ feel that the more casual players will want.

A player also has the ability to simulate overs, or an entire innings if they want to.

CricketGaming.net: Will the IPL be featured in Ashes Cricket 2009?

Jamie Firth:Ashes Cricket 2009 allows you to play an authentic Ashes series at the official stadia, a test match, ODIs and twenty over games with 12 international sides. The IPL is not featured but it is something that we may look at for future titles.

CricketGaming.net: Have you addressed the bugs that were present in BLIC 2007?

Jamie Firth:As I said earlier, we have spent a lot of time working through feedback from the previous games and acting upon that feedback. We started from a brand new code base so were able to more or less build the game from scratch and address the issues with BLIC 2007.

CricketGaming.net: Is the game editable? Are there going to be some tools for editing the game?

Jamie Firth:The game features a comprehensive editor for the unlicensed teams that allows you to change player names, appearances, kit and skills. You can also create your own players so in effect you could create yourself in the game and take to the field for your country.

CricketGaming.net: Now a question about the license. Acquiring the Ashes licenses was a really big step. Can we expect more licenses to be added to future releases?

Jamie Firth:Licensing is both extremely complex and important. I think, having read things on forums such as “why are they so lazy about licensing?”, that the majority of people don’t appreciate quite how complicated it is!

Football games are often cited as evidence: “If PES can do it, why can’t Cricket?” and the simple reason there is that football has a body which manages the likenesses of a huge number of players: they fall under an umbrella organization. Cricket has no such organization: you have to deal with individual cricket boards, sometimes individual players (particularly if no longer playing)… An organization can grant you licenses to competitions (IE what we have done in the past in Lara games where a game-mode was licensed but outside of that competition the players were spoofed), but not to individual players throughout your game.

Ideally yes, we would like as many licensed teams in there as possible, and hopefully moving forwards we will be able to introduce more licensed teams.

CricketGaming.net: CricketGaming.net was started in March and in these 2 months we have earned a lot of reputation and we are constantly growing. Ashes Cricket 2009 is one of our major projects this year. What would you like to say to us?

Jamie Firth: The main thing is to say thank you for your support and interest in the game and we hope that you enjoy playing it as. And good luck with your site!

Codemasters to release a PC cricket game for World Cup 2011? 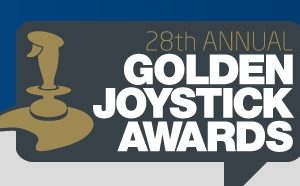