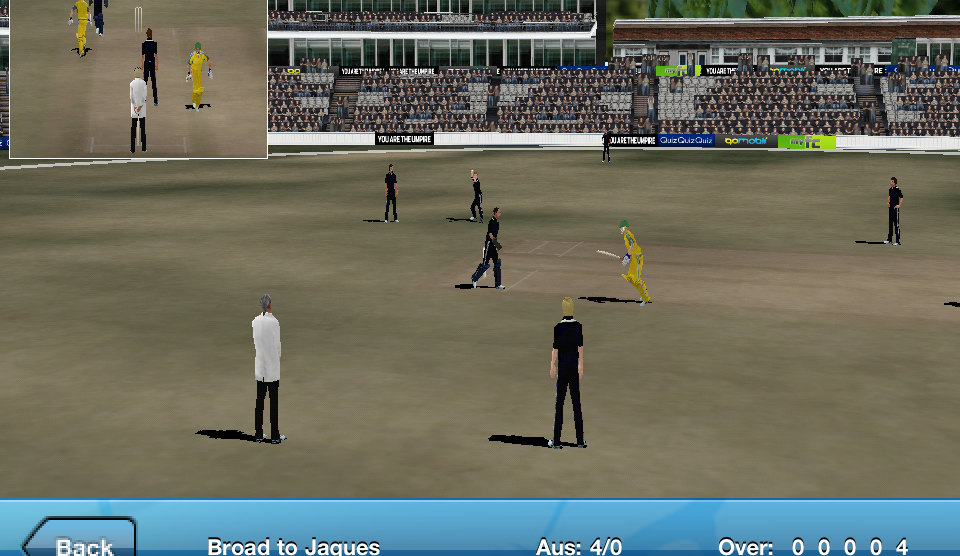 The No.1 Selling Cricket Management game takes to the field for the first time on iPhone and iPod touch

My Interactive in conjunction with Childish Things is proud to announce the release of the much anticipated Cricket Captain 2010. The first ever cricket management game for the iPhone builds on over 10 years of refinements to present the most accurate and exhilarating cricket simulation available on any platform.

With up to date competitions, greater realism and packed with features and stats, Cricket Captain 2010 will once again raise the bar in cricket management gaming. Take control of your favourite side from the English County, International or Australian Domestic system. You control your own team’s fortunes. Relive the glories of the Ashes and find out whether you’ve got what it takes to be world champion.

My Interactive has engaged the services of Four Door Lemon, the Bradford based developer, to bring the game to this new platform and toensure that this new version of the critically acclaimed Cricket Captain 2010 uses the functionality of these devices to the full. Cricket Captain 2010 is fully Game Centre integrated with 10 award achievements and Retina Display support.

·Captain any test-playing nation and any English or Australian domestic team
·3D highlights featuring full motion capture take you right to the action
·Career, current and year-by-year stats of almost every current player in the first class game from around the world.
·Play the 20 over and 50 over world cups
·Play test or one day series between any of the test nations
·Full transfer market, including overseas and specialist 20 over players
·Control every key strategic decision in the game
·Use specialist coaching options to develop your team
·Search and sort options help you browse stats an pick your teams
·In-game tips help you master the game
·Nail-biting tension against challenging Ai

‘ We are thrilled to bring to the iPhone and iPod Touch a game that not only builds upon an iconic series but takes it to a new level. Created by cricket fans for cricket fans and sports lovers alike around the world, Cricket Captain 2010 is a visual, tactical and aesthetic tour de force.

‘Bringing Cricket Captain 2010 from its highly successful PC version to iOS devices threw up some challenges along the way but we believe, thanks to the collaboration of the companies involved, that we’ve produced a great product. It’s great to see the early positive feedback coming through.’