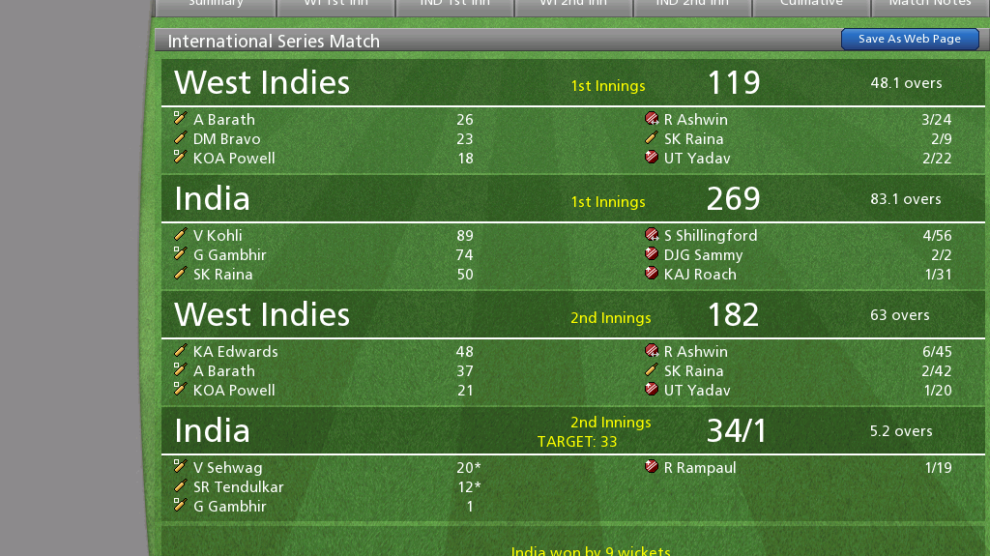 Finally, the popular cricket management game series Cricket  Coach by Rockingham Software will be available soon on Mac. According to latest tweet by Oli Norwell,  the Developer of Cricket Coach series, “The first Cricket Coach for Mac version is ready for testing.”

Here is a shot of Cricket Coach running on MacOS:

The game is ready for testing and will soon be out. According to the official forums, the first version for Mac will be the free version of Cricket Coach which is 20/20 World Smash .You can check the official website for more details regarding the Mac version of this game. You can check out CricketGaming’s official Cricket Coach 2012 review.
Tagscricket coach 2012 cricket games mac