Cricket from EA Sports, an old story but still many fans are still waiting for a new story. EA Sports have never released any cricket game since EA Sports Cricket 07 except for a very bad cricket game (Cricket 10) for mobile. There is no need to repeat the EA Sports “ICC Cricket 09” saga here since it has already been discussed many times. Every time Peter Moore has been asked regarding the cricket games, he simply brings the financial status of the EA Sports.

However, there is something Interesting which he has answered in an Interview with EDGE Magazine. He has said that EA Sports can’t take the risk of spending some money on the cricket games (which he considers as wastage of money). To prove his statement right, he has also stated about the Codies effort on Ashes Cricket 2009 which he thinks that it wasn’t able to fill the void. But he has also stated that a browser based cricket game can be expected from EA in near future.

“There are sports like rugby and cricket – in particular for the Indian market – where it would be very difficult for us to justify putting a full-blown next-gen team on with all the associated costs.

Can we do a browser based version? So I think the answer’s yes, but we’re not there yet. Digitise that content and provide experience for – and I don’t want to call them lesser sports – but regional sports that find it difficult to scale. Codemasters were fortunate that it was such a great Ashes series last summer, but their game sold for five weeks then it died. That’s difficult.” – Peter Moore, President, EA Sports

It’s really strange to see him calling the huge success of Ashes Cricket 2009 just a “fortune”. I’m sure that he hasn’t even tried the game to check its quality.

“But there’ll come a time when we will make that plunge again, figure out what we can do to serve that sport’s fans who continues to look to us for that. It doesn’t look like any other company is stepping in to fill the void – Codemasters came in with cricket, and again I think they were lucky – it was a good game, but they were lucky it was a good Ashes otherwise if it had gone downhill quickly that game might have only sold for two weeks and they’d have lost money on that.” – Peter Moore, President, EA Sports

We can just hope a cricket game from EA Sports. It doesn’t matter whatever may be the quality of the game. 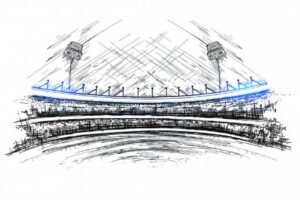