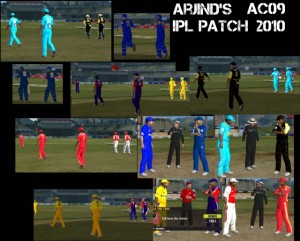 The patch can be downloaded from CricketGaming’s Download Centre.