Gamebience makes an update on the Cricket Life release date along with the Demo version.

Before reading this post, make sure you check out the older post regarding Cricket Life. It feels like a decade since the game was originally announced for the first time but we couldn’t see a video of it. Today, Gamebience provided some new updates on Cricket Life on their Facebook page. According to their new update, the 3D style edition of the game will be available on 10th May 2012 for Digital download while the Boxed version will be available later on. Before this, a Demo version of this game is set for release on 1st of May 2012. They are also looking forward to release media assets in the month of April 2012. 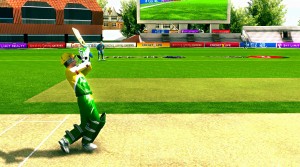 Are you excited? Obviously No! Everyone is waiting for the ages to see a single clip of the game and we don’t even remember how many times the release date of this game has been changed. We all should  hope that it won’t be “Cricket AfterLife”.

Stay in touch with us since we are trying to catch Gamebience for some exclusive stuff.
Tagscricket life gamebience