International Cricket 2010™, the latest game to join Codemasters’ best-selling cricket portfolio, will be released in the UK on Friday, 18th June 2010 to coincide with the thrilling NatWest Series between England and Australia this summer. The game will be published for the PLAYSTATION®3 computer entertainment system and Xbox 360® video game and entertainment system from Microsoft®. The game will be distributed by Zapak in India.

Produced by Codemasters and developed by Trickstar Games, International Cricket 2010 steps up to the crease with a range of innovations and improvements including ‘Action Cam’, the new camera that takes players right onto the pitch, and ‘Power Stick’ which gives 360° degree batting control to ensure International Cricket 2010 will deliver the most authentic interactive cricket experience ever. 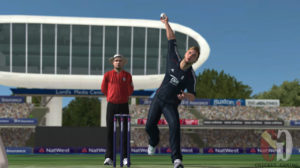 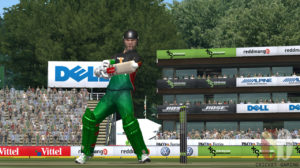 Officially licensed by the England and Wales Cricket Board and Cricket Australia to feature official players, stadia and kits, International Cricket 2010 can be enjoyed in a wide range of game modes including new instant tournaments, full test series and quick-fire Twenty20 matches. Gamers can compete as any of the expanded roster of 16 nations at an improved selection of 21 stadia around the world, including Lord’s, the Home of Cricket. For the latest news and screens, visit www.playcricket2010.com.