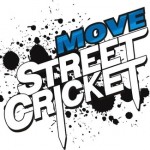 Yet another Street Cricket game, but this time it’s for PS3 Move. Developed by Trine Games, it seems to be an updated version of previously launched game Street Cricket Champions (PS2/PSP). Published by Sony, this game should release in early 2011.

You can take a look at the officially listed features of the game: