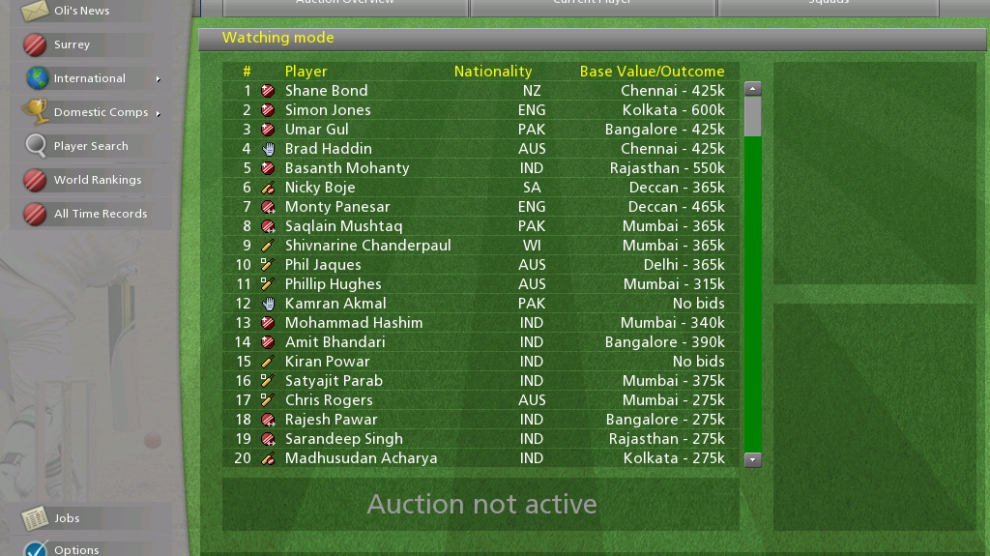 Cricket Coach can improve the skills of even real International Coaches if they play it. Read the CricketGaming's Cricket Coach 2009 review. 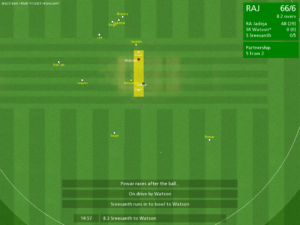 The game is designed very nicely with a nice cricket background and blue shaded buttons. The designing is really good and so as the user interface. The user interface is very user friendly. However, the in game graphics is a bit down since the game works on a 2D engine. The game really demands 3D replays and simulations instead of 2D. The game gives a feeling of browser based games like Battrick or FTP. However, the highlight in full screen mode is something really pleasing for the eyes.

There isn’t much music or sound in the game. The only sound is present in game. The sound is not is too much detail in the game. However, there are sounds for shots, catches, catch drops, wickets but the lack of commentary and less sound detail is not able to provide the environment like real cricket. Sound doesn’t matter much but an improvement can definitely be made. 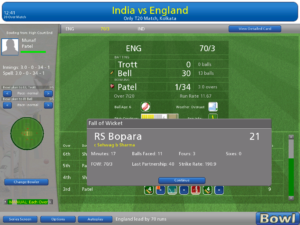 The biggest part of the game, Gameplay is a bit nice. While you are batting against the AI, you will see different type of deliveries and also variations in stroke. Even while you are aggressive, the shot variations are still there. While bowling to AI, you have to choose different type of deliveries otherwise the batsman will hit for 4. However, when the game starts, the score is a bit unrealistic but at the end of the match, the score becomes realistic.

Sometimes there is a problem in the death overs, normally the death overs are hit for many runs but sometimes here only 5-7 runs are scored in a T20 match.

The gameplay when compared to CC07 is highly improved. When the gameplay is compared to ICC 2009, it just goes one step ahead in terms of realistic scores and variations.

The game is highly customizable. There are in-game editor which allows you to edit almost everything from field to players and teams and even tournament names. The game can be easily modded with new UI designs since the images are open. From sound & graphics to gameplay and players, you can edit most of the things yourself. This gives a chance to the patch makers to make some brilliant updates for the game. 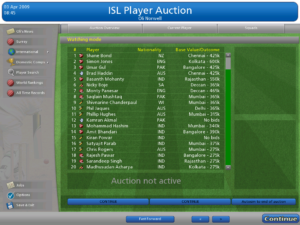 Cricket Coach 2009 is really highly advanced from CC09 and provides many types of tournaments. For the first time there is an IPL-ish tournament which is based on the exact format of IPL. From draft, auctions and teams to simulation, everything is great like the original IPL tournament. The game also features Career Mode where you can experience as a manager and can manage various tasks. The game contains in-depth features and is a vast improvement in the field of Cricket games in terms of features.

Buy it or not?

The game is not too costly and is worthy to be tested out. The game is developed by a singly programmer and looking at the efforts, the game deserves to have a good sale. The game is really something which will satisfy a manager needs and will provide some experience of managing tournaments like IPL.

“Cricket Coach can improve the skills of even real International Coaches if they play it.”

You can download the unrestricted trial of Cricket Coach 2009 from Here.