Weird but true that Galli Cricket which is also known as Street Cricket UK is the first street cricket video game which has entered the field of Cricket Video Gaming. You may not find it as popular as EA Sports and Codies cricket games but still it’s a decent attempt from AntimaFX. 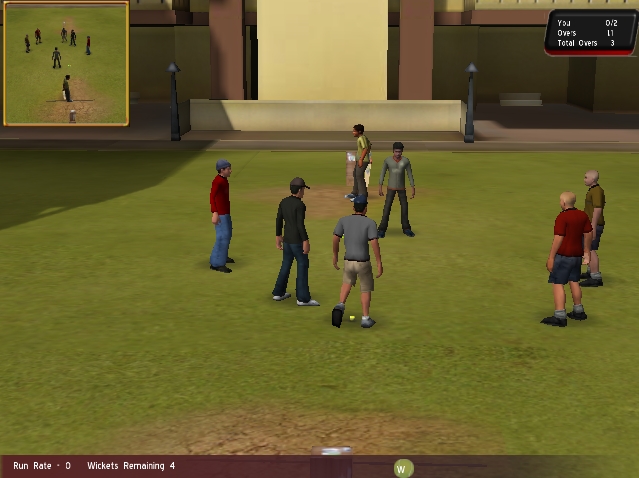 The 3D models are good and even the animations but still the graphics of this game is very limited. There are hardly any cutscenes. The one which is easily visible is the celebration animation. The player models look realistic if compared to original Indian Street Cricketers but due to limited animations the game is lagging behind. One good thing is the player actions and moves are pretty similar to general street cricketers.

There is a very unique feature in this game and it is that you can play your favourite songs in background. You can just put them in folder, select them from Galli Cricket menu and enjoy it while you are playing the game. About the game sounds, there are only basic sounds at the moment. Sound of hitting the ball, wickets, shouts and few more. Due to lack of sounds the game is not able to generate the real environment which should be there in a street cricket game. It just gives you a feeling of an online flash game. 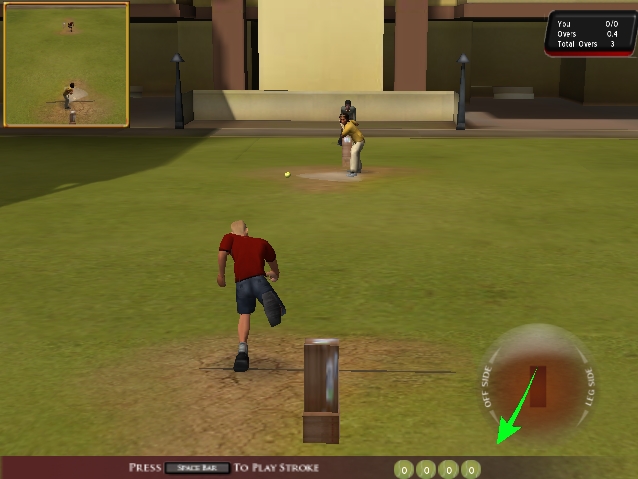 An impressive thing about the gameplay of this game is the shots. You can play shots like Glance, straight drive, pull shots etc. and they look like the unprofessional boys hitting the ball. You can see the batsman holding the bat with his one hand and then using the other one at the time of delivery. The shot placements are also impressive and they can be customized too if you are an intelligent game hacker. The bowling is also realistic as there are variations .No more rules like running on the pitch or wearing pads etc.

Since the game is small, the game can be easily customized. All the images or backgrounds used in the game are in either PNG or BMP formats which are easily editable. You can also edit the shots or stroke variations. Graphics are almost editable and also the gameplay. This gives patch makers a chance to bring some improvements. The worst thing is you need an Internet connection to start the game even though the game doesn’t use anything from online.

The game provides some special features like Virtual Store where you can buy some new bats or balls using Galli Rupees which gives the feeling of pure street cricket of India. Other than this, there are very less game modes. Either you can bat; bowl or you can just enter a target and chase it. The game is really lacking with more game modes but if you’ll look on the other side, what can you expect more in a street cricket game? You won’t get any IPL kind of thing but yes something like a Galli Cup can be a cup of tea.

Buy it or not?

Galli Cricket is a first street cricket game hence you should give it a try and it’s just $4. It’s a nice game in itself and it’s also something different than EA Sports or Codies cricket games. We can hope that AntimaFX will work on the next version of GalliCricket.