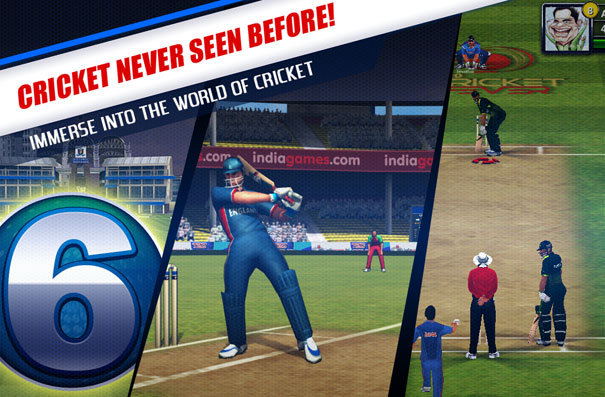 It’s true to say that there isn’t a huge number of cricket-themed slots available to access online. Yet, that hasn’t stopped a few developer from taking the opportunity to incorporate the sport into at least one slot. That’s why we’re going to be taking a look at the very best releases in this genre right here.

Released in 2015, the Cricket Star online slot game takes you right out onto the field, and it includes a total of 243 different ways for you to win across its five-reel, three-row layout. Symbols upon those reels include shots of the fans in attendance, the umpire and players celebrating a victory, amongst others. What’s also great about Cricket Star, is that it incorporates a Scatter Symbol and a Free Spins round to play through. Furthermore, Rolling Reels can be seen in action during gameplay, making this one of the most intriguing releases from Microgaming.

Also providing players with a set of 243 ways to win across its layout is Cricket Kings. Coming with a 96.48% RTP rate, this game features a symbol that can cover an entire reel, allowing you to potentially form multiple wins from a single spin. The developer has been sure to include high-quality graphics into Cricket Kings too, offering a visually stunning setup. While playing, you may get to experience the inclusion of Expanding Symbols, Free Spins, Scatters and Multipliers, too.

God of Cricket by ReelFeel Gaming

The imagery running through this slot is a little more simplistic, but that doesn’t make it any less appealing overall. Instead, God of Cricket allows you to leap straight onto the field and experience the thrill of whacking the ball and sending it careening beyond reach. That’s the excitement that comes with spinning the reels of the ReelFeel Gaming slot, which also includes both a Respin Feature and a Bonus Feature round. With 25 paylines to win on and maximum bet possibilities of €75 per spin, this is one any cricket fan shouldn’t miss out on.

For a bit more of a fun take on the sport, there’s always Cricket Fever by the Genii brand. His one was released in the third quarter of 2019, and it’s totally appealing. Alongside the basic symbols, it includes a Wild that can substitute for all others and a Scatter which triggers the slot’s Free Spins function. To add to that, there’s a bit of a back story for the two fictional cricket players, Vadim Kaarli and Kriss Wayne.

Yet, if you’re more of a fan of placing sports bets on cricket instead, then why not check out the Betwinner mobile app, which allows you to place wagers on it from any location? You can sign up for an account at Betwinner and then download the app for free to your mobile device. This way, you can easily access the sportsbook from your handset and place bets on any of the available cricket games. It’s a thoroughly pleasing app that will cater to any avid sports bettor’s wagering desires.