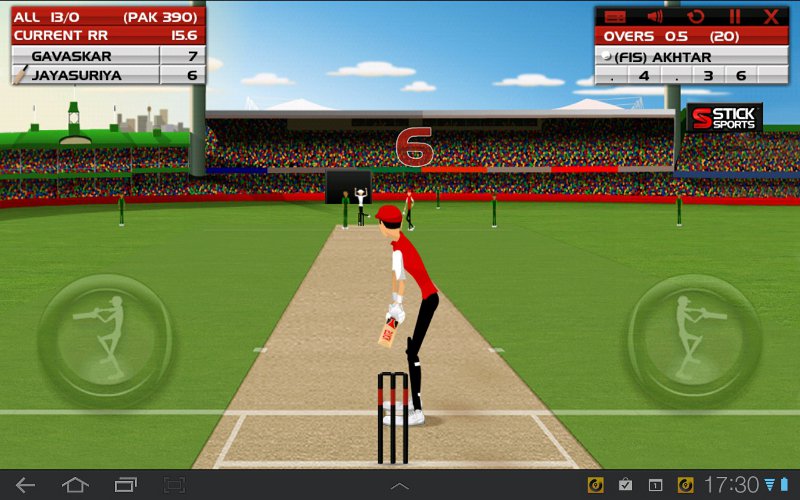 Whilst cricket can be considered to be one of the most truly global sports out there, for many software developers it is thought of as something of a niche market. And in comparison to football and American sports such as basketball and American football, there are many games that have suffered from the locale-specific tendencies of software publishers. But thanks to the democratising influence of mobile gaming, we can all enjoy some great niche gaming options courtesy of these mobile games.

Cricket on your mobile

For a game with so many variables, there have been several surprisingly successful adaptations of cricket for mobile devices. Most notably, the Stick Cricket game offers a fun and simple swipe-and-slog format for you to take your chosen team to victory in an array of competitive formats. The latest version also includes a way in which you can take on a real-life opponent through the two-player option that allows for a comprehensive range of bowling tactics.

Whereas for those seeking something a little more tactical, the Cricket Captain game offers an overwhelming range of competitions and playing styles to keep you entertained. With a fascinating range of coaching tactics at your disposal, there’s never been a better way to simulate the wonderful game of cricket on your mobile device.

Sometimes it’s the oldest games which are the best. And few games offer such an engrossing way to compete as that of the game of chess. There’s a huge range of chess gaming apps out there, but few come close to Mastersoft Chess for offering a credible and authentic computer opposition that even came fourth in the World Microcomputer Chess Championships.

Similarly, traditional casino games are perfectly suited for the convenience of mobile devices. Sites such as Lucky Nugget Casino offer a huge range of playing options from roulette to blackjack that also feature some highly lucrative real cash prizes.

For those who are seeking something truly different for their mobile gaming, then the world’s software developers have been working hard to cater for even the most niche taste.

The simple pastime of arm-wrestling is well-served in the digital domain with the likes of Ultimate Arm Wrestling providing the chance to compete against a computer or real-life opponent. By using the latest in touchscreen technology, the game is surprisingly innovative and flexible in the way that it provides a range of arm-wrestling styles.

And finally, for the gamer who thinks they’ve seen it all, we’d recommend checking out Weird Games for your mobile device so that you can enjoy the idiosyncratic thrills of weightlifting telephone boxes and book club rowing!